Players looking for a quick guide on how to play the EuroMillions lottery will know that this lottery game that works very similar to the UK Lottery but with the difference that it's not limited to citizens of the UK or any particular country.

The Euro Millions is essentially a cross-country lottery which brings together all the stakes of the participating countries into one single Jackpot prize.

The countries that started the EuroMillions and ran the first drawback in 2004 were France, Spain and the United Kingdom. Austria, Belgium, Ireland, Luxemburg, Portugal, and Switzerland joined later that year and since then the Millionaire brings together nine countries to offer the largest lottery Jackpot prize in Europe.

The idea behind the Euro Millions was to release this new lottery game along with the new Euro currency. Sadly this was not possible due to bureaucracy, politics and other issues that prevented the new lottery game from being launched until a decade later.

But enough with the history lesson, let's get down to business: How do you play the EuroMillions Lottery?

How to Play the EuroMillions Lottery?

To play the EuroMillions lottery you need to pay £2 for your ticket and you must be 18 years old (16 in the UK) or older. Bear in mind that your £2 EuroMillions ticket also includes entry to the Millionaire Raffle.

In your Euro Millions ticket, you will select five different numbers between 1 and 50. Additionally, each player must select two additional numbers from a pool of 11 numbers. These are called “Lucky Star Numbers”.

The draws for the Euro Millions happen twice a week on Tuesdays and Fridays. The draw takes place in Paris, France and the results are quickly distributed throughout different associated and independent websites around 11 pm.

To win at EuroMillions you must match at least two (2) of your main numbers with those of the balls drawn. The probability of matching just two of the main numbers is 1 in 23 with an expected return of £2.70.

To hit the EuroMillions Jackpot prize you must match all five main numbers plus the two Lucky Star numbers. This would pay out around 32% of the prize fund and the chances of any ticket being the lucky winner is 1 in 116,531,800. If you're interested, you can visit the site here. 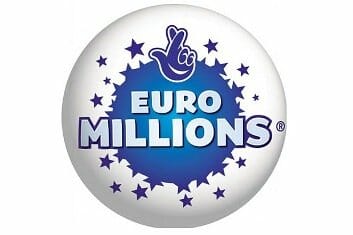 The Millionaire Raffle gives players an additional opportunity to win a cash-spinning Jackpot.

Every player that purchases a EuroMillion lottery ticket is automatically entered into the raffle. The raffle number is generated randomly and it's made up of three-letter plus six numbers, e.g. FSU777321.

Because winning the Millionaire Raffle depends solely on the number of play-slips that were sold for that draw, the chances of winning it will be lower when there's a large Jackpot, a super draw that has rolled-over or another special lottery event.

Why play the EuroMillions Lottery?

Well, ever since 2009 there has been at least one player from the UK who has won each week. Yes, really!

There are two EuroMillions Lottery draws every week, each hosting their own Millionaire Raffle.

One thought on “How to play the EuroMillions lottery – Get 100% bonus to play.”