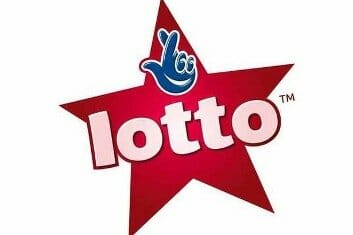 Players looking for a guide on how to play UK lottery online should know that starting on 5th October 2013, the National Lottery will be offering an all-new UK Lottery game with some fantastic improvements to the odds and cash prizes.

Playing the UK Lottery online is dead simple, all you have to do is pick 6 different numbers between 1 and 49; so for instance, 3, 6, 16, 23, 31 and 45. If you can't make up your mind or simply don't feel like to choosing the numbers yourself, you can always opt for the “Lucky Dip” which is an automatically generated random pick on your behalf.

You then choose for which day you want to play as the Lotto happens on Wednesdays and Saturday nights, pay your £2 and cross your fingers your numbers will come up.

On the day of the draw, six numbered balls are drawn (and removed) from a group of 49 balls that are numbered from 1 t0 49. Additionally, one Bonus Ball is also pulled from the set but this ball affects only those players who match five numbers in the lotto.

How are the UK Lottery funds allocated?

The first thing to note is that not all money raised by the UK Lottery is paid out in cash prizes. Out of all the money that goes to the National Lottery 50% goes to the prize fund. This is the money paid out to players.

And finally, the operator Camelot takes the remaining 5% of all the money where 4.5% is used to cover the operating cost and takes 0.5% as profit.

There are however other online lottery websites that offer you a chance to bet on the result of the lottery draw. These prizes are paid out separately from the Camelot prize pool.

How to play UK Lottery and win. 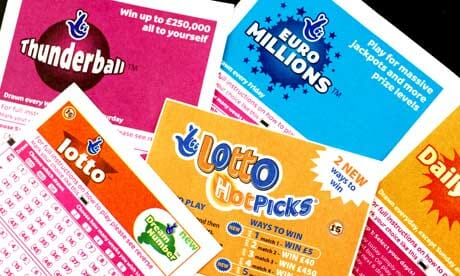 It used to be the case with the UK Lottery whereby players had to match at least three main numbers to win a cash prize. With the new lotto, players

When no-one matches the six numbers, the Jackpot “rolls over” to the next Lottery draw. You should know that the Jackpot can only roll-over a maximum of four times.

When there are players matching three, four and five numbers, the prize is divided equally between those players who matched the same amount of balls.

So, what are the odds and expected returns on your £2 bet? Let's take a look:

The New Raffle Game in the UK Lottery.

The new changes to the UK Lotto include a rise in the ticket price to £2, higher Jackpot prizes (except for matching 5 numbers plus the Bonus Ball which now pays half as much), the payout for matching three numbers has been doubled to £25 and lastly an all-new Raffle Game which guarantees at least 50 winners of £20,000!

Draws happen on Wednesdays and Saturdays and are always broadcast live on BBC One TV Channel.

3 thoughts on “How to play UK Lottery – Get a free tickets to play online.”